NALI ‘a special problem for SMSFs’ 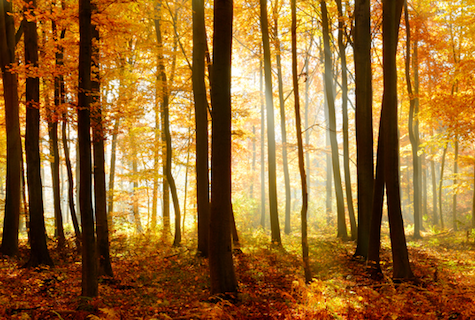 Non-arm’s length rules designed to punish egregious behaviour make no allowance for benign transgressions in SMSFs that could simply be fixed, said the superannuation leader at CA ANZ, Tony Negline.

Speaking on the latest Accountants Daily podcast, Mr Negline said SMSF tax concessions are “a big shining light on the hill” and some people could not resist running up and grabbing it.

“As an example, let’s say someone owns a business where the shares have been valued at $50 a share. And they think well, what I could do is sell those for $1 a share to my fund, and then revalue them at market once they are held by the fund,” Mr Negline said.

“Now there are all sorts of other anti-avoidance measures that would apply to such a transaction. But then there’s also NALI, and to some extent this is what it’s designed to trap.”

Mr Negline said in that circumstance, the penalty would involve the ATO applying the highest marginal individual tax rate – 45 per cent – on some of the SMSF transactions.

But he said at the other end of the scale, relatively minor transgressions without malign intent could attract similar penalties.

“So an accountant who runs their own fund, their accounting practice let’s say does the accounting work, prepares the financial statements, does the self-managed super fund annual return, manages the audit and so on,” Mr Negline said.

“It seems disproportionate to what would be reasonable. That’s the problem with the rules as they are now drafted.”

The ATO had issued a practical compliance guide that said it would not apply any compliance resources to such general fund expenses until July 2023.

Mr Negline said professional bodies had called on Canberra to amend the law and the previous Coalition government had indicated a willingness to act. The issue was now in the in-tray of the new Labor government.

Successful amendments would still catch the share trade in the first example, he said, but adopt a more lenient approach to relatively benign situations such as the in-house accounting example.

Mr Negline said there could be a number of ways of dealing with a minor transgression.

“Maybe, if the Commissioner identifies that, or it’s found during an audit the ATO could have a range of solutions – say, well that’s a minor expense, we’re going to ignore that and we’ll move on,” Mr Negline said.

“Or they could say, well, look, we found this. This is your first offence, you’ve been a bit silly, run away and fix it up, we’ll give you a timeframe and we’d like you to fix it up in this way, or whatever it might be. We think that’s a potential solution.”

Ultimately, the government would decide but the test would be how it worked in practice.

“The ability to correct unintended mistakes is probably the way that it needs to go. Otherwise, there’s no other solution because if you can’t fix things up, then the only way is to apply tax penalties,” Mr Negline said.

The fix might be making good the shortfall in the expense, or deeming the unpaid amount to be a contribution.

“But as long as there’s some sort of corrective mechanism that’s reasonable and not administratively burdensome and costs a fortune to implement at both the ATO level and the fund level, then you’d have to be happy about that,” Mr Negline said.