Understanding the evolution of blockchain and cryptocurrencies

While it’s unlikely that traditional accounting will be replaced by a blockchain method in the near future, accountants should keep a keen eye for any developments and be prepared to deal with new standards in accounting for cryptocurrencies. 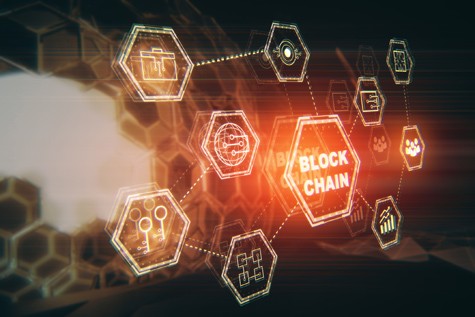 While bitcoin is arguably the most famous cryptocurrency, it’s far from the only one. There are more than 1,500 cryptocurrencies around the world, and that number continues to grow. Bitcoin, along with many other cryptocurrencies, is based on the distributed ledger known as blockchain.
Originally, blockchain was exclusively used with cryptocurrencies, so the terms were commonly interchangeable. Now, blockchain has expanded to include various use cases that centre on validating identity and transactions.
This transformative technology has moved beyond buzzword status to become a realistic, viable business technology, so it’s important for accountants to understand how it works and how to account for it. Some even say the impact of distributed ledger technology could be as revolutionary as the internet itself.
To understand why, it’s important to define the blockchain. Essentially, it removes the need for intermediaries such as banks to verify transactions. Each ‘block’ in the chain contains a cryptographic hash of the previous block. Because each block depends on the one before it, the transactions can’t be changed retroactively without altering all the subsequent blocks. This makes it practically impossible to fraudulently alter the blockchain without the collusion of all other members.
While it’s unlikely that traditional accounting will be replaced by a blockchain method in the near future, the technology does have applications throughout business. Of more immediate interest and debate, however, is the volatility in the value of cryptocurrencies.
The value of a cryptocurrency has been proved to be highly susceptible to speculation. For example, one bitcoin is currently worth approximately AUSD$6,000, just six months ago it was valued as high as US$20,000. Having said that, some businesses continue accepting cryptocurrency payments and investing in digital currencies, despite their volatile value.
Another challenge regarding cryptocurrencies is in relation to the accounting, classification, and valuation of them for financial reporting purposes. The International Accounting Standards Board (IASB) has not yet issued a standard or clear guidance for accounting of cryptocurrencies. The best guidance available for Australian accountants is possibly the ASAF 2016 Meeting - Digital currency – A case for standard setting activity prepared by the Australian Accounting Standard Board (AASB). It presents a case for setting standards around digital currencies that concluded that digital currencies don’t meet the definition of most classes of assets in the accounting framework, including failing to represent cash, cash equivalents or financial assets.
Therefore, it seems likely that the only way to account for digital currencies is as intangible assets. They meet the identifiable criteria of an intangible asset, because they’re sold in units on an exchange. As mentioned above, because they don’t meet cash or cash equivalent definitions, they therefore meet the ‘non-monetary’ element of the criteria for intangible assets. They also have no physical substance, so they meet the criteria on that basis as well.
Despite this, the AASB concluded that entities trading with cryptocurrencies would be considered to hold those currencies for sale in the ordinary course of business. They would therefore be excluded from the scope of intangible assets and would have to account for them as inventory.
Businesses selling digital currency in the course of business may need to determine whether they’d be considered as a ‘commodity broker-trader’ under the standard. If so, they can’t account for digital currencies as inventory. Instead, they’d need to measure these assets at fair value less the cost to sell them, with changes in the fair value recognised as profit or loss.
This lack of clarity means entities will need to develop their own accounting policy to deal with how they recognise, classify, and value cryptocurrencies. That policy should provide guidance on how to account for the digital currencies, depending on the purpose of holding them.
For example, if an entity holds digital currencies for investment purposes, then they can be classified as an intangible asset measured at either the cost model or the fair value model (The fair value model could be the most useful way to communicate the value to a stakeholder).
Entities can also treat cryptocurrencies as intangible assets if they accept the cryptocurrency as payment for goods or services and will convert it to cash in the short term. However, if the entity holds digital currencies for trading, then they should be accounted for as inventory and measured at fair value less cost to sell, with changes in fair value recognised through profit or loss.
While this presents a logical interim approach for accounting for cryptocurrencies, future advancements in standards and definitions could provide a more concrete framework for businesses to adhere to. Accountants should, therefore, keep a watching brief on this area and be prepared to pivot to new standards.
By Rafael Morillo Maldonado
Principal, Audit and Assurance, RSM Australia
www.accountantsdaily.com.au